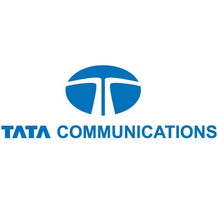 December 19, 2017 Live Webinar
Live Webinar
View
0 Live-Webinar-Live-Webinar jplist-topic-Global-Sip jplist-topic-Gsip jplist-topic-sip jplist-topic-voice jplist-topic-voice-services 12/19/2017 0 221293 221293 Webinar: Why Tata Communications for SIP Services Tuesday, December 19, 2017 11:00 AM – 12:00 PM Pacific Time / 2:00 PM – 3:00 PM Eastern Time Join us in this session with Tata Communications to get a deep dive into a sweet spot in our portfolio, Global SIP Services. In this session, learn how SIP can be a foundation for digital transformation for your customers and how to you can deploy SIP for efficiency, productivity and growth. Gain insights on: Key differentiators of Tata Communications’ Global SIP Services, including strengths and capabilities across multiple global regionsHow to identify your ideal customers and key Q&A to start the sales conversation and counter objectionsCommon business cases and real customer case studies of successful Global SIP deployments with opportunity insights Register Now

December 12, 2017 Live Webinar
Live Webinar
View
1 Live-Webinar-Live-Webinar jplist-topic-Network-Services jplist-topic-networking jplist-topic-SD-WAN jplist-topic-Services jplist-topic-wan 12/12/2017 0 221292 221292 Webinar: Why Tata Communications for Network Services Tuesday, December 12, 201711:00 AM – 12:00 PM Pacific Time / 2:00 PM – 3:00 PM Eastern Time Join Rajeev Jha, Associate Director of Global Partner Program, Americas and Prathamesh Modgekar, Network Specialist, Partner Training from Tata Communications for this detailed look into our Network Services and how to achieve borderless growth with your customers. In this session, we will discuss insights that will enable you to: Transform your customers' business performance and achieve borderless growth with Tata Communications network solutionsUse the world’s largest Tier-1 global network to establish a presence in emerging markets and meet enterprise requirementsIdentify your ideal customers and opportunities with deep dive into real case studies on Network Services and Hybrid WAN solutions We hope to see you there, so register today. Register Now

Through our global network, the world's largest, we're proud to play a major role in the emergence of this new world. The Tata Communications Global Network reaches more than 240 countries and territories, 99.7% of the world's GDP, millions of businesses, and billions of people. And it includes:

• One of the largest, most advanced subsea cable networks, 500,000 kilometres long

• The world's only fibre ring around the world

• The only Ethernet ring in the Middle East

Enter the email address that you signed up with and we will email you a password reset link.

Your session is about to expire.